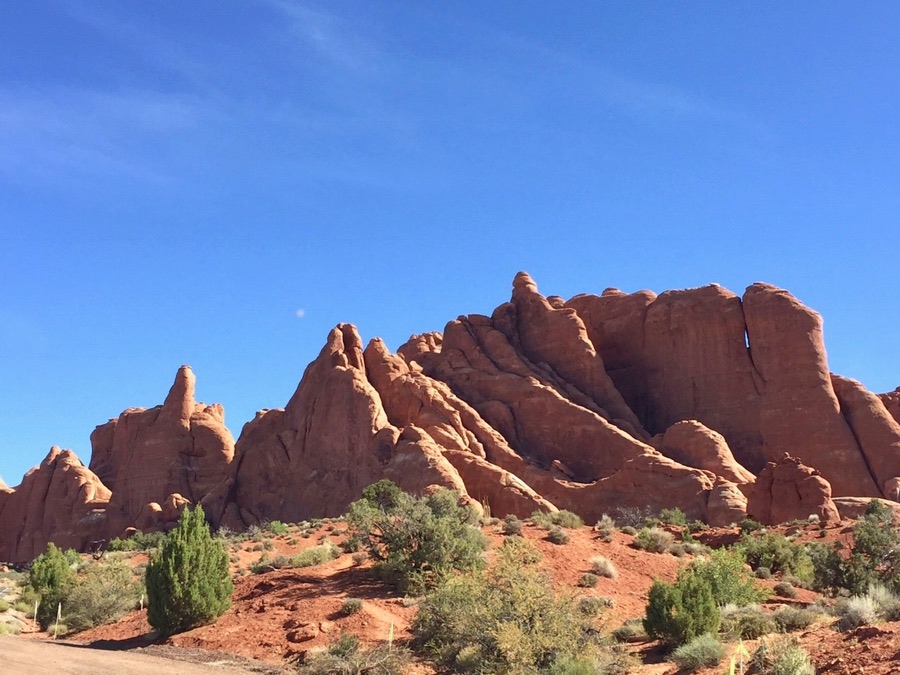 Before we purchased our current Leisure Unity motorhome, we had taken one trip in our very first motor home, which we owned for only 3 months.  We drove to Sedona, Arizona from Washington State, and through parts of Utah.  Although this was the trip that made us realize we needed a different motorhome, there were some amazing moments. I wrote about some of disappointments in the post titled Our First RV Purchase Story.

This post is about the beautiful, breathtaking places we visited.  One place that I had read about, and seen pictures of, was Montezuma Castle in Arizona.  It is one of the most remarkable historical sites we have seen.  The castle is a 40-plus room, ancient pueblo built into the side of a cliff.  The Sinagua people, also known as cliff dwellers, inhabited the area for more than 400 years. 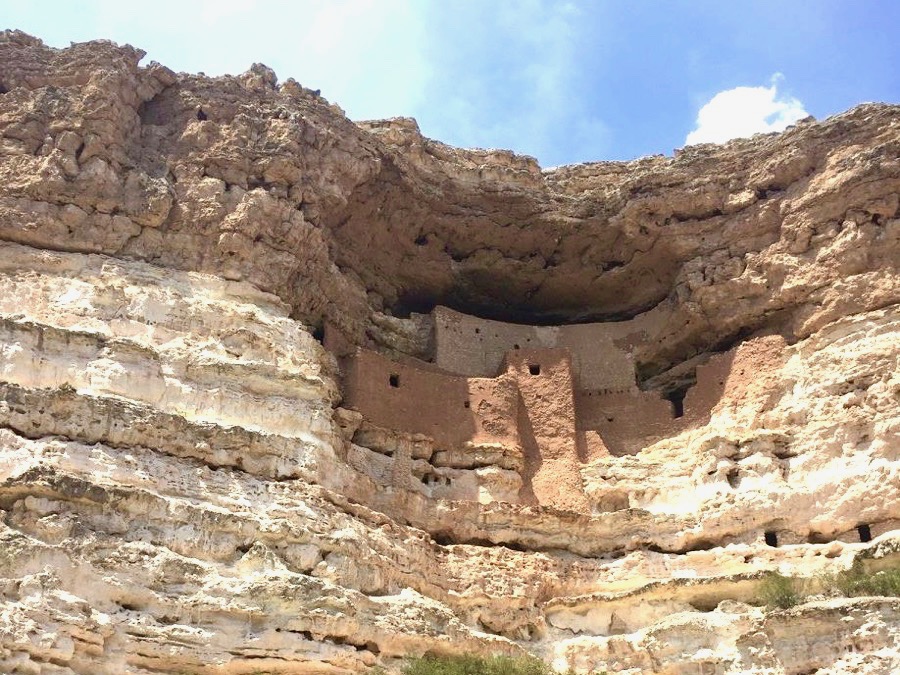 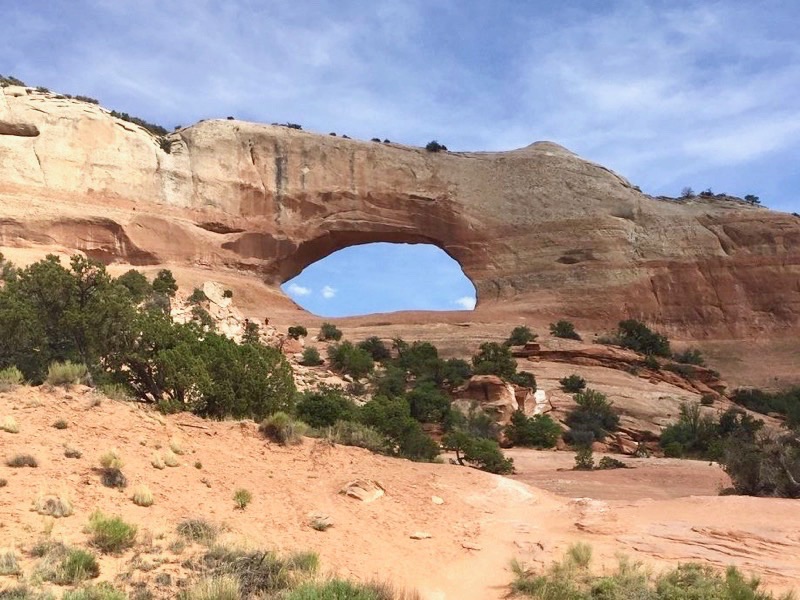 Standing on the boardwalk, looking up at the castle, is stunning, and the feeling of awe that came over me was overwhelming.  I couldn’t stop admiring what they had accomplished.  As my husband wandered down the walkway to read more about the history, I decided to sit on a bench that was nearby to rest.  Temperatures were well into the 100’s that day!  As I sat there, aware that I was in the desert, and there was brush and shrubs, just off the concrete walk, I suddenly heard something that made my heart stop!  It took me a moment to gather my thoughts, but I realized the sound was the warning of a rattlesnake, right behind me! I had my dog, Bleu, by his leash, so I gently reined him in, and slowly got up from the bench to distance myself from the frightening sound of the rattle.  As I stood at what I considered a safe distance, I could still hear him, and I began to warn other visitors not to sit on the bench.  I called my husband over, and he verified, it was indeed the sound of a rattlesnake.  We never did see him, but hearing him was enough for us!  Lesson learned – always be aware of your surroundings.

Sedona, Arizona – Not What We Expected

Years ago, probably in 1987, we had driven to Sedona, Arizona in a rental car when we visited Las Vegas.  I remember thinking Sedona was such a pretty small town, surrounded by all these amazing red rock mountains. But 30 years later, we arrived in Sedona, only to be disappointed.  It has become such a tourist trap, and that’s not the sort of place that we are attracted to.  There were just too many people crammed in a relatively small area.  The architecture of the buildings was attractive, but access was hindered by stairs and lack of parking.  And, who designed their street system?  They were not RV friendly at all.  They are tight, narrow, and I have never seen so many turn-abouts! I hate those anyway, but even with a small motorhome, and lots of traffic, they were a nightmare!  We were so frustrated, we didn’t even spend any time in town.

We found a Rancho Sedona RV Park just outside of town, and found it to be very peaceful. We enjoyed the tranquility the park provided, nestled in the trees, and the babbling creek running along the park perimeter.  We could have walked into town, but it was just too hot!  I meandered around the park, with my camera, taking discreet photos of trees, flowers, and red rock formations that surrounded the park.  Bleu and I made several walks to the creek, where he quickly lept in to cool down, then proceeded to shake it off, which cooled me down.

Although Sedona, Arizona is gorgeous in photos, the beauty gets lost when you are caught up in the crowds and traffic.  For those that are able to tour the town on foot, and love browsing shops, restaurants, and pubs, it would be a paradise.  Many others enjoy the recreational activities in the outlying areas. For us, hanging out in the peaceful park, taking photos, and relaxing was all we needed.

At first, we thought we would go to the Grand Canyon, which we had visited before, but we decided to skip it this time, and headed towards Arches National Park instead.  We were eager to see all the beautiful red rock formations seen in photos.  Since we took this trip last year, among a few other trips, I can’t remember all the details of actual drive.  But as we arrived in Moab, Utah, I fell in love with the landscape of this small town.  It was perfectly set among the surrounding red rock, hills, and mountains, making it a stunning gateway to Arches National Park.

The town itself is not big, with a population of about 5000, but it is quaint and RV friendly. I mean, they have street parking for the motorhome, which I appreciated!  Our time in Moab and Arches National Park was short, so I know we didn’t see everything, but what we did see was absolutely stunning, and in some instances, unbelievable!  Big boulders appear to be teetering on slender towers of rock.  Others look like sculptures or people, or animals. Some look like human fingers or hands. You can imagine so many things, while driving through these natural shapes carved out by mother nature.  She truly is like no other artist.

Are you planning a trip to Utah or have already been there? Would you go again? What were your favorite places, or what area do you plan on visiting first?