RVing Along the Central Oregon Coast 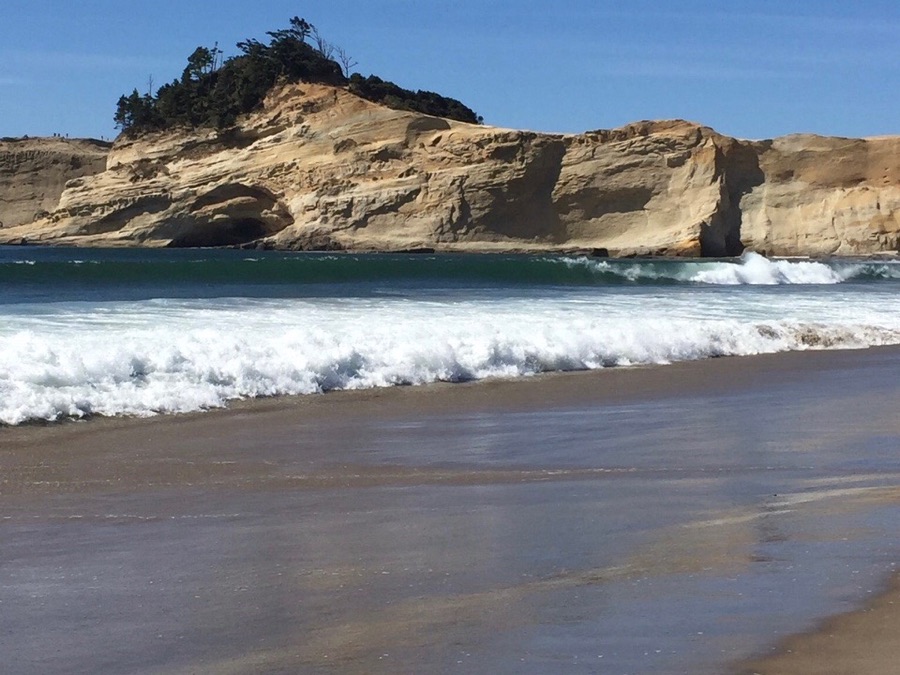 Everyone around me knows I am captivated by the ocean, the sandy beaches, and the salty air.  I have been making trips to the Oregon Coast ever since I was a kid myself.  Then, I made trips with my kids, which has resulted in a shared love of the ocean, and many fond memories over the years.

This trip, however, was our first trip in our Ramblin RV to the Oregon Coast.  We found a nice RV Park for our first night, right across the street from the ocean.  But the second night, since we didn’t make any reservations, we were stuck without anywhere to stay. I should have known better! It was August, and there were events going on in town.  Everyone was booked up.  I kept looking, and calling, and we finally found a place inland away from the coast, out in the boonies – a dirt road, back into a fishing camp! It wasn’t impressive, but it was a place to park and sleep.  And they did have a small diner, so we were able to get dinner to go.  If you are a fisherman, I guess it would be the perfect place, along the river, but that just wasn’t what we were looking for!

We pulled out early in the morning. 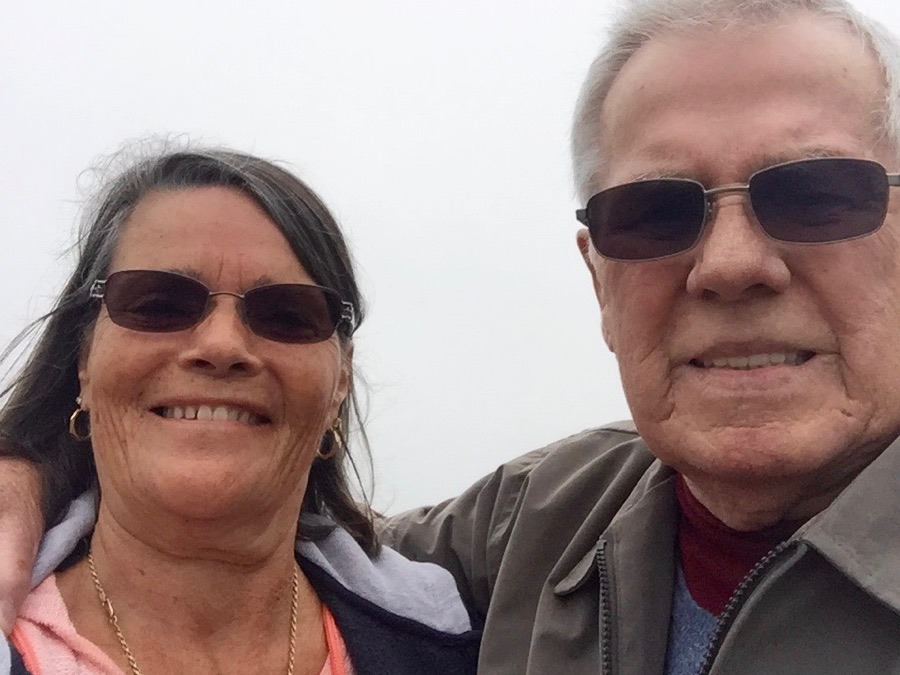 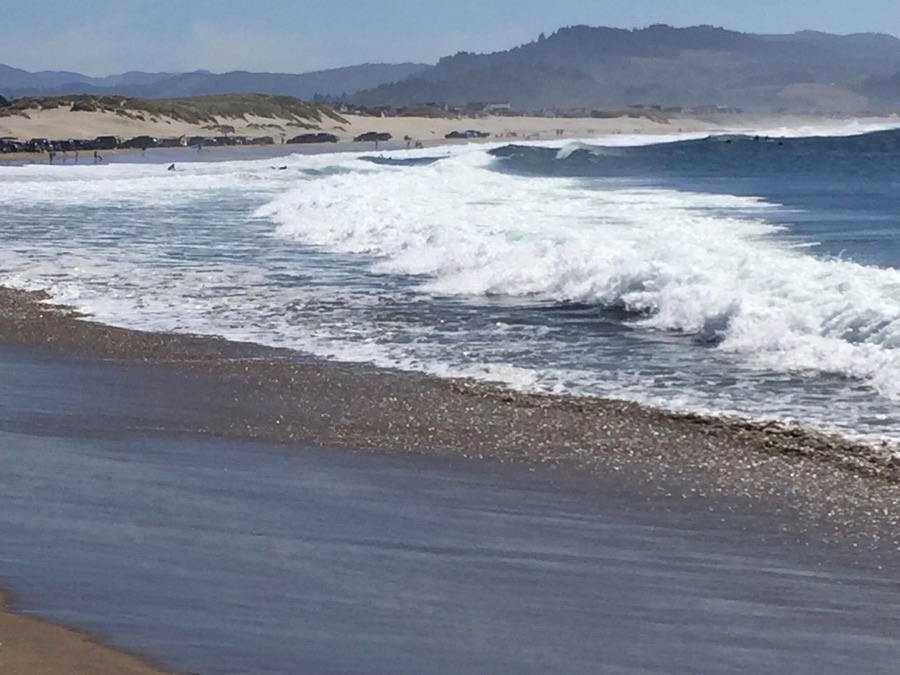 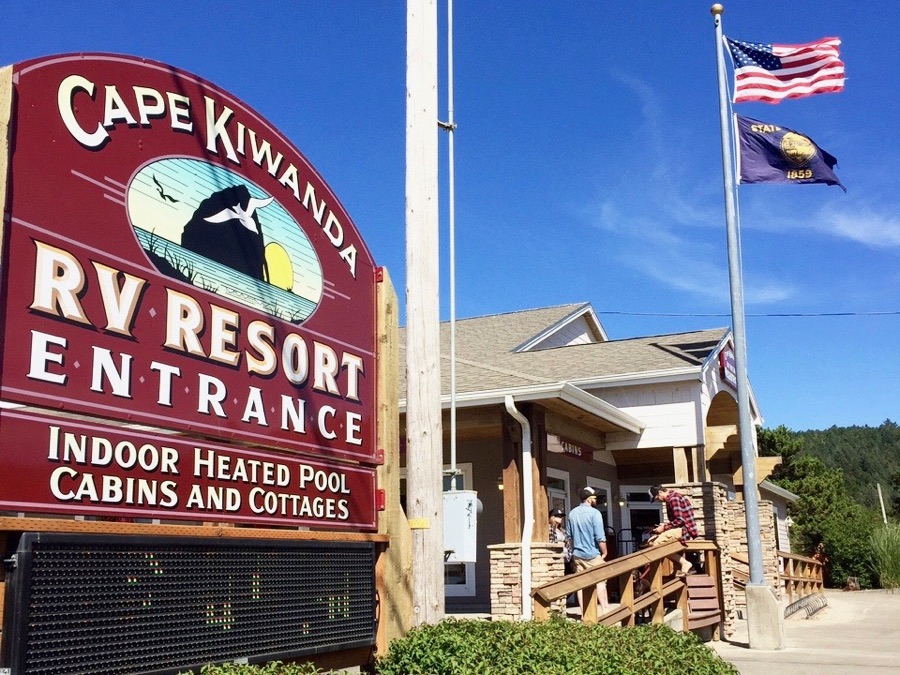 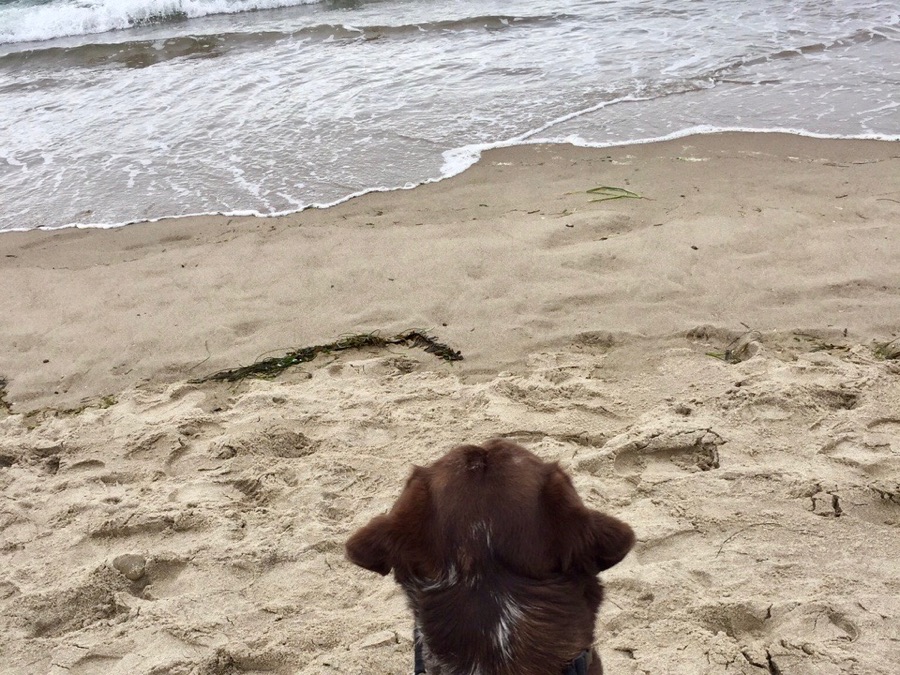 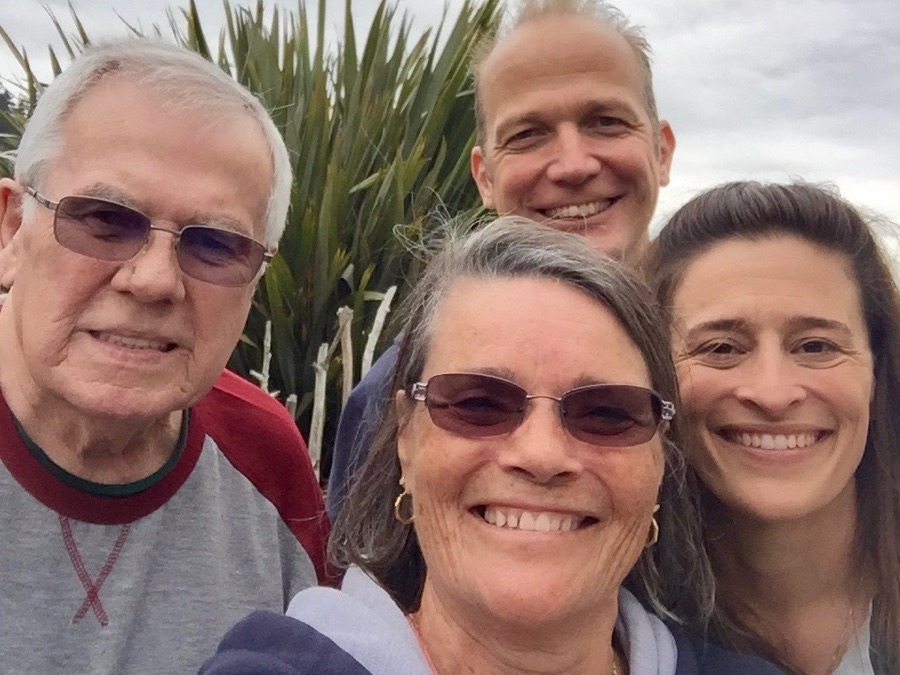 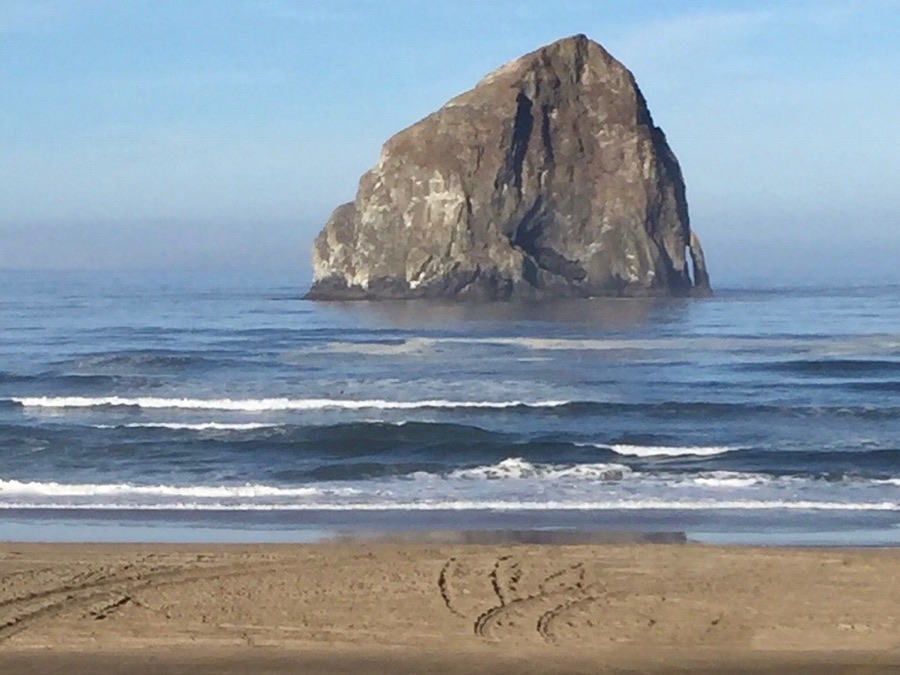 Meeting Up with Family at the Coast

After leaving our “not so great” accommodations, we headed back to Lincoln City to meet up with my daughter for lunch, but first decided to pass the time by driving down to Depoe Bay.  As we drove further south, the fog became so thick, I could barely see where I was going.  That’s not good when you’re driving along the coastal cliffs!  We took it slow, but some other drivers didn’t feel the need, I guess.  Later, we heard that was the thickest fog they had ever experienced in the area.  Good to know!

My husband loves the legendary chowder from Mo’s Restaurant, so we met in the Old Taft District of Lincoln City, Oregon.  There just happens to be a Mo’s right there on the beach on Siletz Bay.  We arrived, and while waiting, I took Bleu for a short walk down to the beach.  The fog was still pretty thick, and white caps were forming due to strong winds.  Sand was blowing around, and it was a bit chilly, but it just made it more beautiful to me.  I couldn’t believe there were fisherman out there in that rough ocean water, fishing in small boats!  I’m not a fisherman, so I guess I don’t get it, but it had to be a rough ride.

It was about time for my daughter, and her husband to arrive, so Bleu and I made our way back to the motor home, where my husband was waiting, all comfortable and warm.  Parking in the area was very limited, so we had just parked along the curb, across from Mo’s Restaurant.  That’s one of the really nice things about having a smaller, 25-foot Leisure Unity motor home.

They’re here! Lunch time! We walked over to Mo’s and ordered lunch to go, brought it back to our comfy RV, and enjoyed lunch, conversation, laughs, and of course, being at the beach. Then before we went our separate ways, we all headed down to beach for some more strolling and conversation.  My daughter also has a love affair with the ocean, and you can see the peace that comes over her, as she walks along the shore.  The fog was clearing, but the waves were still churning pretty good, and the wind was still blowing.  It’s so gorgeous when the wind catches the edge of a wave, causing a spray effect.  We paused on the beach for photos, and walked along the shoreline as we inhaled the fresh, cool, salty air that can only be found on the beach!

As we made our way back north along the Oregon coast, it was time to find another place to stay.  Again, I hadn’t made reservations, but we were past the weekend, so things were less likely to be booked.  We ended up staying at the most wonderful place that has now become a favorite!  After all the years, and the many trips to the Oregon Coast, I can’t believe I had never been here

We stayed in Pacific City, Oregon at the Cape Kiwanda RV Park. As we drove in, the most beautiful beach became visible.  Wow, what a sight!  We checked in to the Cape Kiwanda RV Park, and browsed their store.  It was unlike any we had seen so far, on our trips.  It carries everything from clothing, to gifts, RV needs, groceries, a deli, fresh seafood market, and homemade sweet treats!  My husband decided to partake in the pizza that was offered at the onsite pizza and bar, along with our favorite beer.

“The sea, once it casts its spell, holds one in its net of wonder forever”. -Jacques Cousteau

As the sun started to set, I had to go check out the beach, and take Bleu for a another walk. I took my sandals off to the feeling of my bare feet sinking into the cool sand, gently massaging my toes.   The ocean was calm, and the sun reflected orange and yellow hues upon the soft waves that brought white foam to the shore.  It was quite peaceful.

The next morning, my husband walked to the beach with me. We noticed that the Inn across the street was setting up for a beach wedding.  My daughter and her husband had a beach wedding on Oregon Coast at Rockaway Beach, Oregon, and it was absolutely something I will always remember.  It was so beautiful!

The other thing we noticed as we stood at the top of the hill, that led to the beach, were all the people down on the beach.  I was amazed to see so many surfers, and they were having so much fun in the waves.  I guess it’s a popular place for surfers! Who knew?

We were enjoying this place so much, we stayed for 3 nights, and I didn’t want to leave, but we will be back! This place is so amazing, I can’t even put it into words.  I hope some of my photos will capture it’s beauty.

Have you been there? If so, what was your favorite spot? Where did you stay?